When I was a kid, I remember very vividly seeing this public safety ad on the telly. And being disturbed by the bit of smashed tail light at 0:31, which I and my mates were convinced was the biker’s kidney or something.

Anyway, it was the first iteration of a campaign theme which was revived on and off across the intervening decades by the quaintly-monickered Central Office of Information, until the UK Government’s road safety efforts became the gathered together under the THINK! banner in 2000. It’s interesting that the injunction to ‘think!’ is still there. While much of road safety campaigning is dominated by mealy-mouthed monitions along the lines of ‘let’s look out for each other’, I like that the headline language which continues to run through a lot of official campaigns seems to still bear the imprint of Edward Judd, hammering his fist forward at the viewer. It’s also interesting that the ‘think’ campaigns don’t focus on cyclists, but on motorcyclists – due to the much higher level of harm that drivers do to motorcyclists, no doubt, but interesting nonetheless).

But it’s not just Judd, it’s also the injunction ‘think!’ which has remained. And this word is important, because it marks an interesting distinction in how the approach taken in Judd’s original ad differs from a lot of the (frankly) bullshit which masquerades as road safety campaigning.

First of all, it’s directed at drivers. Outside of those campaigns which target behaviours that might well attract a charge of dangerous driving (drink driving, drug driving, mobile phone use), most campaigns are directed at vulnerable road users. The emphasis is on berating pedestrians and cyclists and horse riders to ‘be safe, be seen’, turning the hi-viz clothing industry into a very safe investment indeed. 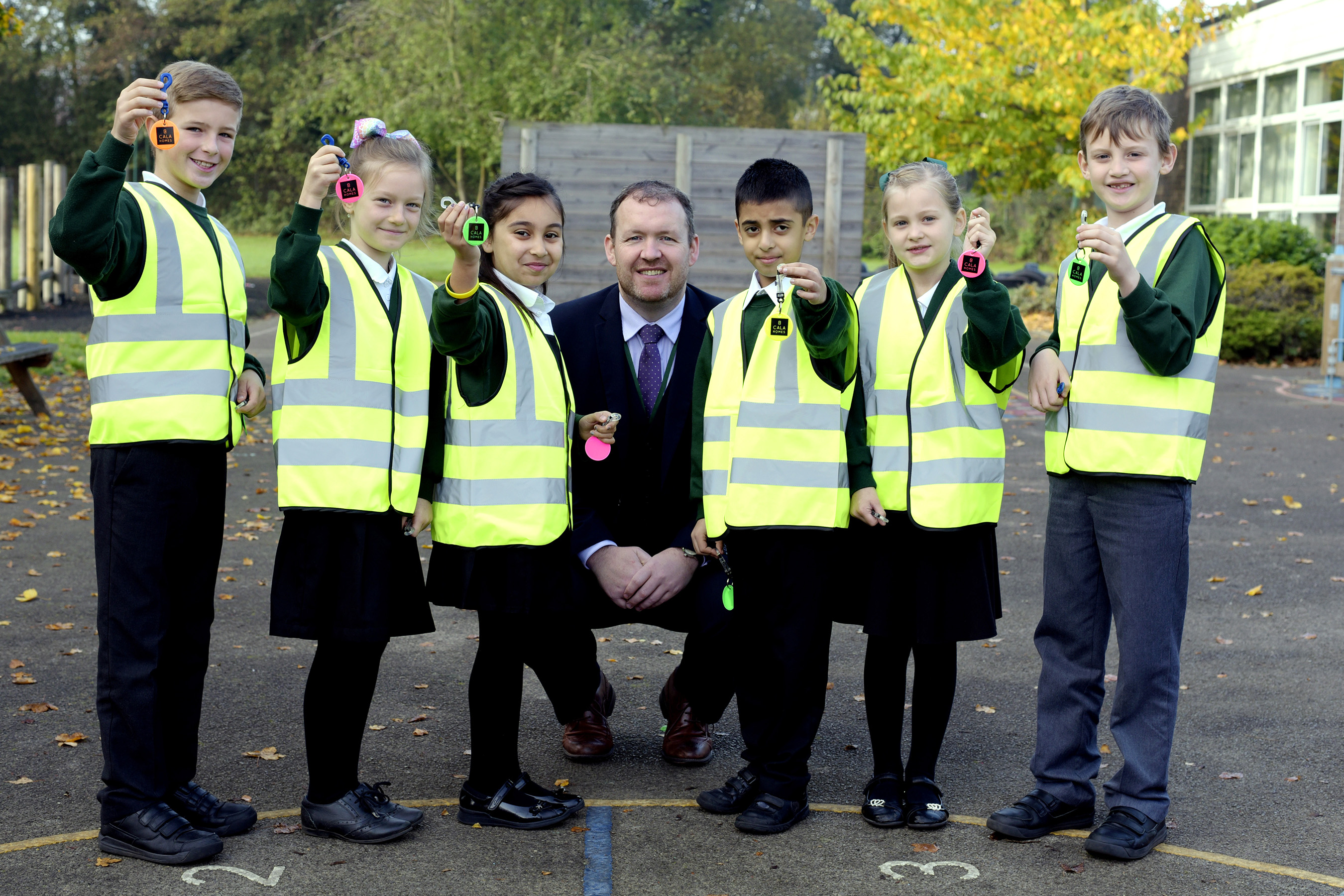 Such campaigns are based on the premise – which sounds reasonable at face value – that pedestrians and cyclists are harder to see than motor vehicles. They’re smaller, narrower in profile, so need to be made extra visible to help drivers to see them in the crowded urban environments in which most driving is done. The responsibility for doing this falls, of course, on the pedestrians, cyclists and horse riders themselves. This threatens to become something of an arms race, of course. More and more hi-viz risks another kind of ‘crowding’ effect, in which individuals wearing it actually stand out less. So then the question arises: how visible is visible enough? How should you maximise your visibility, given the observation frequently repeated by road safety campaigners that, if it saves just one life it’s worth doing?

So, dear cyclist, you might want to consider being maximally visible and thus maximally responsible. Maybe try riding along in a clown suit, shooting fireworks out of your arse, or being this guy:

Me in Tooting today #Tooting pic.twitter.com/utGjjCLqmK

The good news (but also the bad news, given how much what I’m about to talk about has been ignored by road safety ‘common sense’ over the years) is that none of this is actually necessary. It seems obvious that in order to be seen and therefore to be safe, vulnerable road users need to make themselves more conspicuous. However this assumption, and the allocation of responsibility that it justifies, are as it turns out a hindrance rather than a help. And lead to a form of misdirection with which effective road safety continues to struggle.

Think back to the ‘Think Bike’ campaign, and that theme of ‘thinking’ more generally. At the moment, drivers in the UK are trained, drilled continually while they take their driving lessons, to notice, anticipate and plan for what other drivers of motor vehicles are doing. There are simply more cars, vans, lorries, buses on the road than there are cyclists. These vehicles are capable of damaging your own, or even hurting you, as a driver. Drivers are thus trained constantly to expect these vehicles to be there. As a result, learner drivers form habits of looking, scanning and mapping their environment in ways that are sensitized to the presence, shape, speed of these kinds of larger, faster vehicles.

Graham Hole, in his excellent Psychology of Driving, makes this point in depth and draws out its full implications. Our assumption (and here I summarise in terms that reflect my academic background in philosophy rather than in cognitive psychology) is that what we see is a product of sense-data. But this ignores the contribution that our minds themselves make in sieving this data according to our background beliefs about what is likely to be salient within that data.

In essence, perceptions are theory-laden.

When I drive, I go looking for cars, vans, lorries, buses because I am a driver; I have firm expectations about how vehicles like the one I am driving behave and move, which are being confirmed all the time by my experience of moving along in my own vehicle. I have good reason to look out for other motor vehicles because they are the main source of risk to me, as my driving instructor taught me. If I happened to be similar to the majority of drivers, then I’d have relatively little experience of riding a bike in busy traffic. Furthermore, I may have been told that I need to ‘look out for’ cyclists. But this is different to having wide and varied experience of actively scanning for and identifying cyclists, of how they move and how they impinge on my visual field. Generally, I am not ‘thinking bike’, I am ‘thinking car’ (and bus, lorry, van etc).

So compared to the influence on what I do of my expectations about what I need to look for and what I am likely to see, the influence of the relative conspicuity of a relatively-unexpected object will be relatively small. Hole points out that many collisions between drivers and motorcyclists happen at junctions when the motorcyclist is so close – and therefore so conspicuous in the driver’s visual field – that a collision cannot be averted. There is no problem, in such situations, with the motorcyclist not being visible. Conversely, he points out, motorists who also ride motorbikes are a lot less likely to pull out on and hit motorcyclists. This is because they expect motorbikes to be part of the traffic environment, and therefore scan and map that environment accordingly.

Essentially, the ‘Think Bike’ campaign had it right all those years ago, both in terms of who it was aimed at and what it asked them to do. If you’re a driver, learn to expect motorcyclists – or cyclists – to be on the road.

Take responsibility for your own expectations, in essence.

The problem is that driver training in the UK has never been changed in ways which reflect this advice – by, for example, getting drivers to ride a bike, with an instructor, in au urban environment, and so adding an extra layer of cognitive processing to the tools they have to hand for mapping the world around them.

As a result, the road safety message has shifted, as the number of cars has increased, to one which absolves from blame those who actually have the power and therefore the responsibility to prevent injury and death to vulnerable road users. Telling cyclists and pedestrians to ‘be seen’ is ineffective in preventing collisions, even if it is obeyed, for the reasons laid out above. But it is very effective at convincing drivers and non-drivers alike that any vulnerable road user who is hit by a driver was at fault.

As so often is the case in relation to cycling, we see the largest share of resources, time and effort being directed in the least useful way possible (see also: campaigns to ‘encourage’ rather than actually enable cycling, persistent crackdowns on pavement cycling versus negligible crackdowns on dangerous overtaking by drivers etc etc.) The single biggest contribution that could be made through training to road safety in the UK is changing the way drivers are educated. Ensuring, in other words, that Edward Judd’s message is right back at the centre of how drivers learn to drive.

This site uses Akismet to reduce spam. Learn how your comment data is processed.